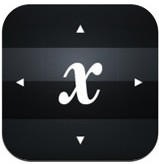 If you are looking for an iPad app to help your child or students with learning basic rules and concepts of algebra, the Algebra Touch app by Regular Berry is a must-have! Simple user interface allows even an inexperienced iPad user to jump right into the app and begin learning the foundation of algebra and the concepts required to build a strong base in mathematics.

Jump to the following sections of the review:

In the top-left menu bar, there is a pull-down menu that allows the user to select the lesson/practice questions from 21 different topics. 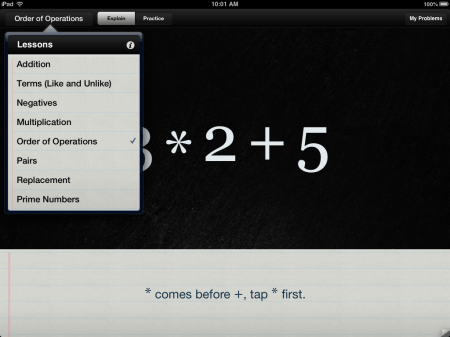 Also in the top-left menu bar are the Explain and Practice modes. By default, the user will begin the app in Explain mode. This mode dedicates a small horizontal section at the bottom of the screen giving the user a step-by-step tutorial to explain the selected Algebra Touch topic. 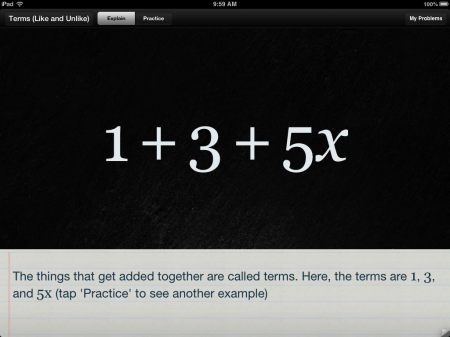 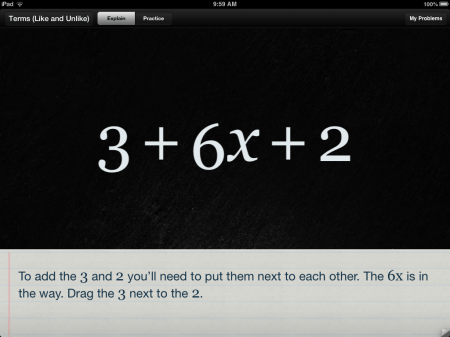 Screenshot from the Algebra Touch app in Explain Mode. In the first screenshot, Algebra Touch explains what defines a “term,” while in the second screenshot, the app describes how to collect like-terms in a mathematical statement or equation. This app is available on Apple iPad and Apple iPhone

By clicking on the Practice Mode button, the user may then practice the topic they have selected. The Random button allows the user to quickly shuffle through different questions to find one that is more or less complex to attempt. The best part about the app is the ability for users to grab terms and move them with the rules of Opposite Operations taking place for you. This assists the learner in determining what they can or cannot do when rearranging or solving an equation. 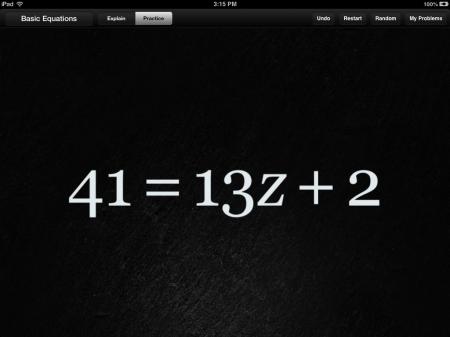 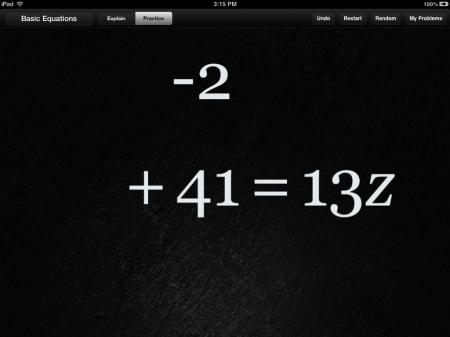 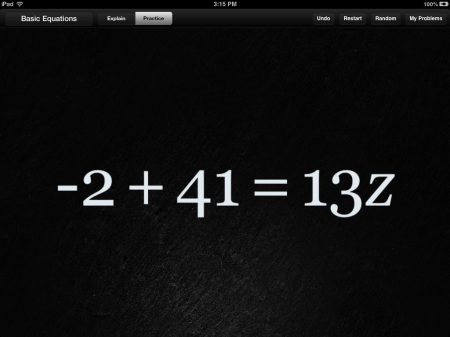 Screenshot from the Algebra Touch app in Practice Mode. These screenshots demonstrate how the user can grab a term and rearrange the equation without yet knowing algebra rules of opposite operations. Available for Apple iPad and Apple iPhone

The latest Algebra Touch update included a new feature called the Euclidean Fountain. This new feature allows the user to perform an operation on both sides of the equation. I feel that the new Euclidean Fountain feature was needed in order to allow students to show their full understanding of why the Algebra Touch app works as it does. Simply tap on the equal sign and the user can pick what operation they’d like to complete on both sides of the equation. 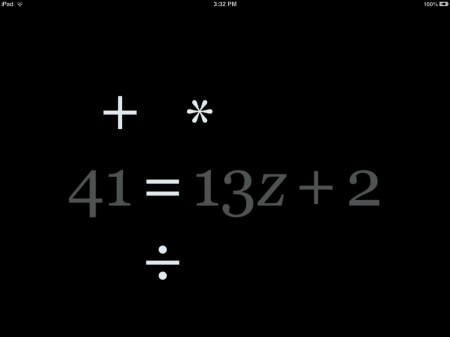 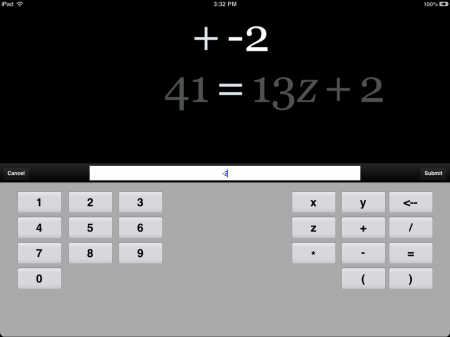 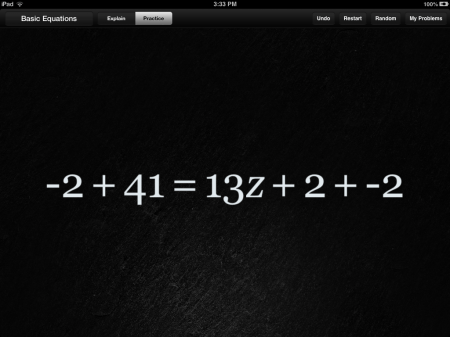 Screenshot from the Algebra Touch app using the new Euclidean Fountain feature. This feature released in a recent update allows the user to add, multiply or divide a number on both sides of the equation. Available for Apple iPad and Apple iPhone

My Problems Feature – Create Your Own Problem Sets

The My Problems Feature of Algebra Touch for iPad/iPhone allows the user to create their own practice problems. While I doubt that most people would use this feature if learning independently, I think the feature could be very useful in a classroom setting. If you have your class create their own problem sets that their elbow partners must solve, it could be a great learning opportunity for all learners. 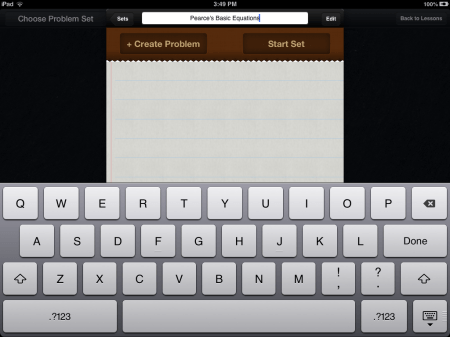 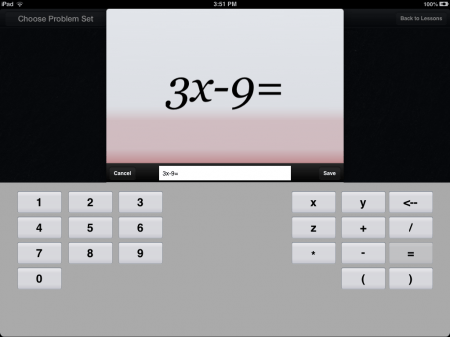 Screenshot from the Algebra Touch app using the My Problems feature where users can create their own problem sets. Available for Apple iPad and Apple iPhone

My Suggestions for Future Improvements

Make the App Into a Game
More and more research shows that students learn best through a game-based approach. This app offers the opportunity to learn algebra fundamentals, but unless the user is eager to learn math (is anyone?), then the app may go unused and unnoticed. While I am not a mobile app programmer, I think the foundation of this app provides a great foundation that could be enhanced by adding a scoring feature of some type.

Force the Use of Euclidean Fountain
I think the recent update introducing the Euclidean Fountain is a great one, but I don’t think the learner would understand how important the use of opposite operations really is. A typical user can complete all activities without ever utilizing the Euclidean Fountain and I would assume most would. Using the feature is more work and takes more time, thus most would opt to use the tap-and-drag features only. Eliminate the ability to tap-and-drag terms after completing a certain amount of practice problems to drive home the importance of opposite operations.

Glitch in the My Problems Section
Pressing the Start Set button in the My Problems area of the app will allow a user to begin a practice set created by the user in the app. However, if you attempt to do this in a problem set containing no created problems, the app will crash and boot you to the home screen. No harm done, as you were attempting to complete a problem set containing no problems, but something that should be addressed in a future update.

If you are a math teacher looking for another way to differentiate your math instruction or a parent interested in giving your child a head-start in mathematics, I suggest downloading the app and introducing it to the learner. For a couple bucks, this app can be just the thing to get your students or child the deep understanding that is often missing from many of our young learners.

Have you used this app with your students or children? Comment below!