Sometimes Visual Is Not Enough 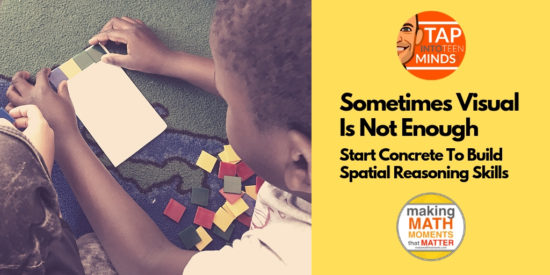 Recently, I shared out the following set of visual prompts to elicit an understanding of area with rectangles on my other site, MathIsVisual.com:

You can access the set of 4 visual prompts here.

While this series of visual prompts has been a hit in many classrooms, something that is easy to forget is that while making math visual is a great way to lower the floor instead of rushing to symbols, rules, and algorithms, that floor is not low enough for learners who are still developing their spatial reasoning skills such as visualization and abstraction.

I got to get a taste of this in a grade 3 classroom today while learning with a group of amazing teachers in my district where we used this particular task to attempt to make a connection from multiplication where the Hot Chocolate Task was used recently to introduce the idea of the array to area of a rectangle.

As many know, I’m a huge advocate of using concreteness fading, concrete-representational-abstract (CRA), or Experiential, Language, Pictorial, Symbolic (ELPS) for teaching mathematics concepts, however it is easy to make assumptions that students are ready for that visual/pictorial stage when in fact, they are still in need of the concrete. However, as a group of educators and I planned how we were going to facilitate this lesson prior to going into the classroom, we all felt that students were going to be fine to use the visual prompts in order to help them re-create a model of the area situation with square tiles. However, something we didn’t anticipate was the difficulty students would have with how a certain level of abstraction would be necessary to realize that the two squares on the screen were a scaled up version of the model they would be recreating with square tiles.

We quickly saw students doing this: 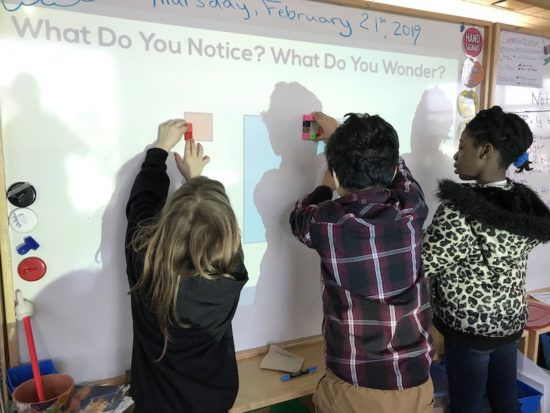 As this was taking place, I acted on my feet and found some scrap paper to help… 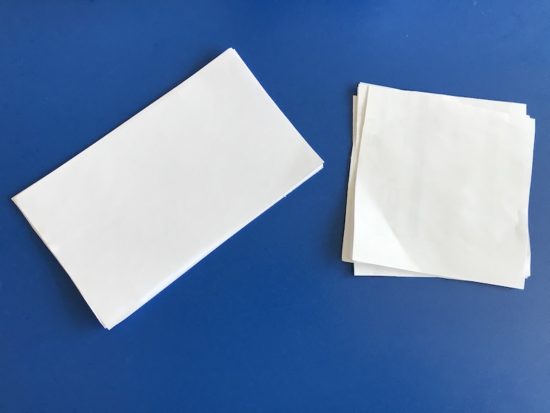 Initially, I just cut out squares that were scaled appropriately for the square tiles and then the rectangles for the second visual prompt we would be doing later on in the lesson. We then simply held up 1 square tile and 1 of the square cut-outs and said:

After that, students were off to the races and quickly determined the number of squares to be 25 square tiles.

We then worked on visual prompt #3 from the same MathIsVisual post where students were challenged with this visual prompt: 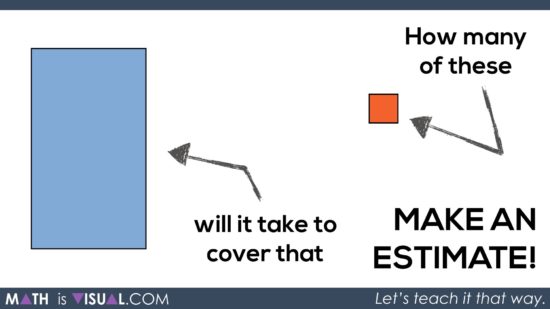 Here’s some of what we saw and heard: 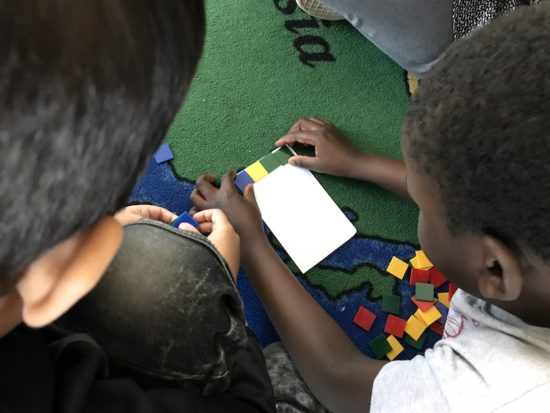 So while I’m a big fan of making math visual, because Math IS Visual, we must not forget about the extremely important starting point: the concrete stage.

← The Making Math Moments That Matter Podcast Is LIVE! How to Start the School Year Off Right →