Investigation: Going for a Jog 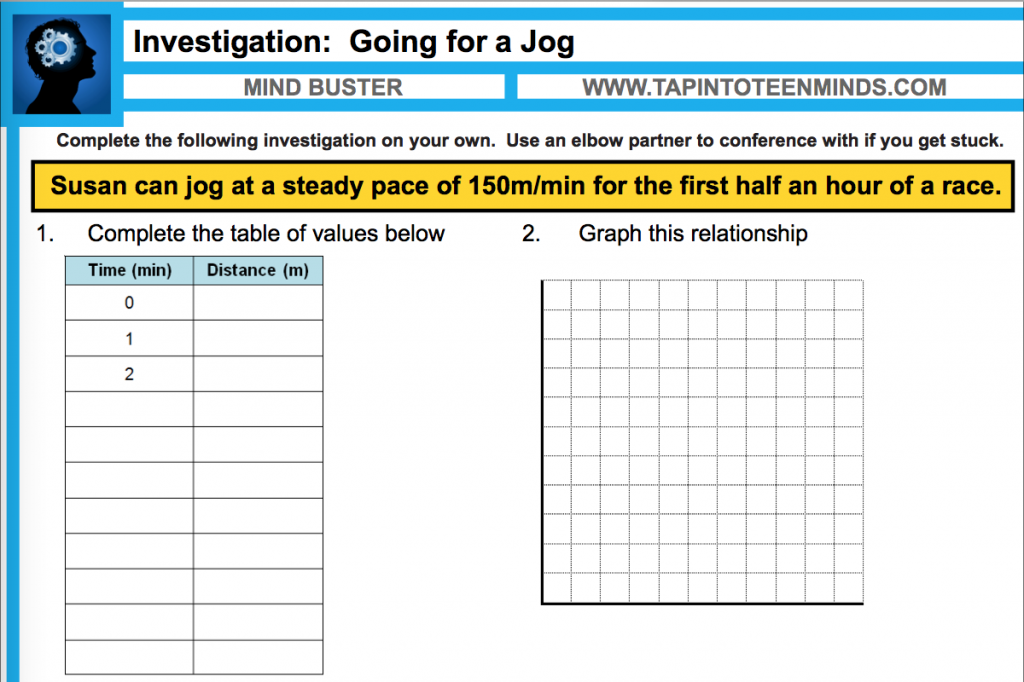 Students will work in their table groups to create a table of values and graph the relationship on a grid. They will then complete the following related to the problem:

Describe the shape of the graph.
Where does it intersect the vertical axis?

Write an equation to find the distance,  d, in metres, that Susan jogs in t mins.

Use the equation to determine the  distance that Susan can jog in 25 mins.

The class will engage in a discussion using Apple TV as a means to quickly display different student work from across each table group. 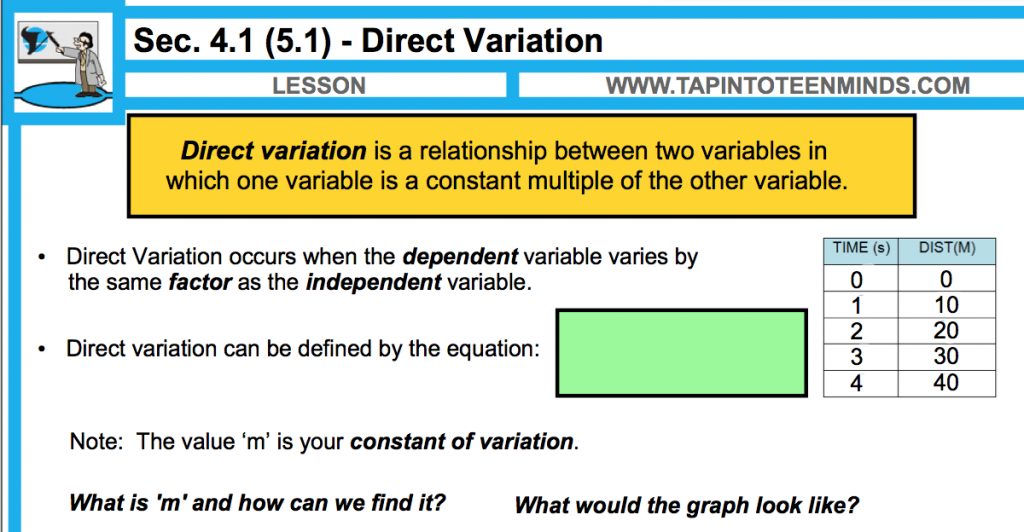 The teacher will lead a discussion about direct variation and attempt to demystify the definition:

A Direct Variation is a relationship between two variables in which one variable is a constant multiple of the other variable.

The discussion will cover the following direct variation topics:

What is Direct Variation Video

A video encapsulating most of the topics covered in our classroom discussion about Direct Variation.

Tasks can be shared out via Apple TV to show multiple methods of solving each task question.

Identifying Direct Variation and Determining the Constant of Variation 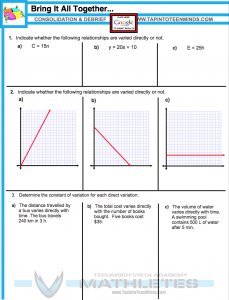 Students will answer the consolidation questions that indicate whether students can identify a direct variation in the form of an equation, table and a graph as well as whether they can determine the constant of variation when a linear equation is a direct variation.

When complete, students will submit their consolidation answers in the Google Drive Form below:

All Unit 4 Videos can be found on the Math Videos – Unit 4 Modelling With Graphs page.

Videos recorded before, during or after class will be listed below:

In the following video, Mr. Pearce and the class discuss a question from the homework. This was recorded the next day at the beginning of class with the help of the students. The question asked is:

The cost of oranges varies directly with the total mass bought. 2 kg of oranges costs $4.50.

a) Describe the relationship in words.
b) Write an equation relating the cost and the mass of the oranges. What does the constant of variation represent?
c) What is the cost of 30 kg of oranges?